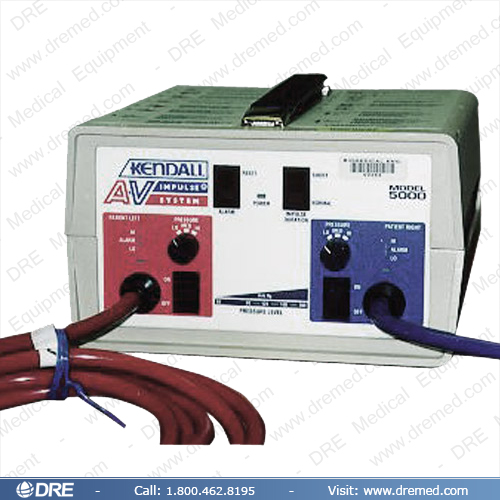 The Kendall 5000 Impulse Foot Pump features independent channel controls on the left and right, with three-position pressure knob on each side, individual alarms on both sides, and two rocker switches for alarm reset and duration (short cycle or normal). Red hose for the left foot, blue hose for the right; the multi-colored air hose was later dropped in favor of one blue hose which could be used for either side. Uses the same foot pads (called ImPads) as later versions of the Impulse.